The History of the art at Stadshagen metro station

You’re now standing at Statshagen station, opened in 1975. The station shares its name with the sports center above.

The art on the platform is signed Lasse Lindqvist (1924-1998). He painted sports illustrations on buckled aluminum, and the illustrations are from 1975, 1976 and 1985. The connection to Stadshagen sports center is very clear.

Funnily enough, the motifs of one and the same illustration varies depending on where you’re looking at it from. The motifs also vary from one illustration to another on the platform. On one end of the platform, there are images of summer sports, and on the other end, images of winter sports.

The art upstairs, by the ticket office, is made of concrete and was created in 2003 by a different artist – Mikael Göransson. 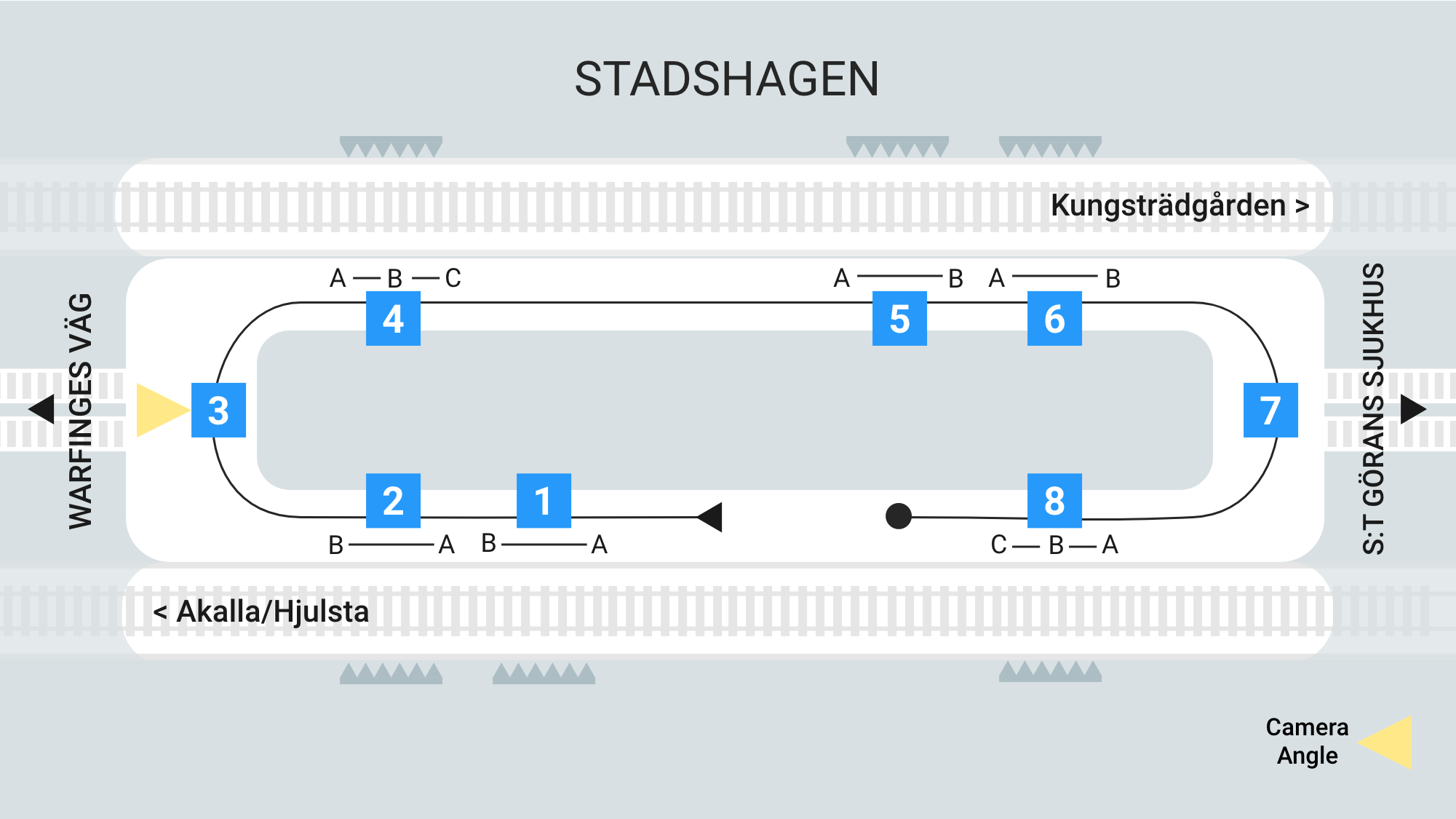