The History of the art at Solna Centrum metro station

The two artist Anders Åberg and Karl-Olov Björk are responsible for the artistic design. The station is a red cave with spread out wall illustrations and peep-show holes with different scenes – political chronicles from the 1970s in Sweden.

The artists’ original thoughts were to make the station red like the evening sky with a long, green spruce forest running along the walls. When they finished, they thought it looked a little empty. That’s why they began to improvise paint scenes on the walls. The artworks tell storied of the different topics that were furiously debated during the 70s – environmental ruin, deforestation and rural politics to name a few.

The green forest along the walls is almost 1 000 meters long.

Solna station was on the top ten list when British BBC listed the most beautiful ceilings in 2016. 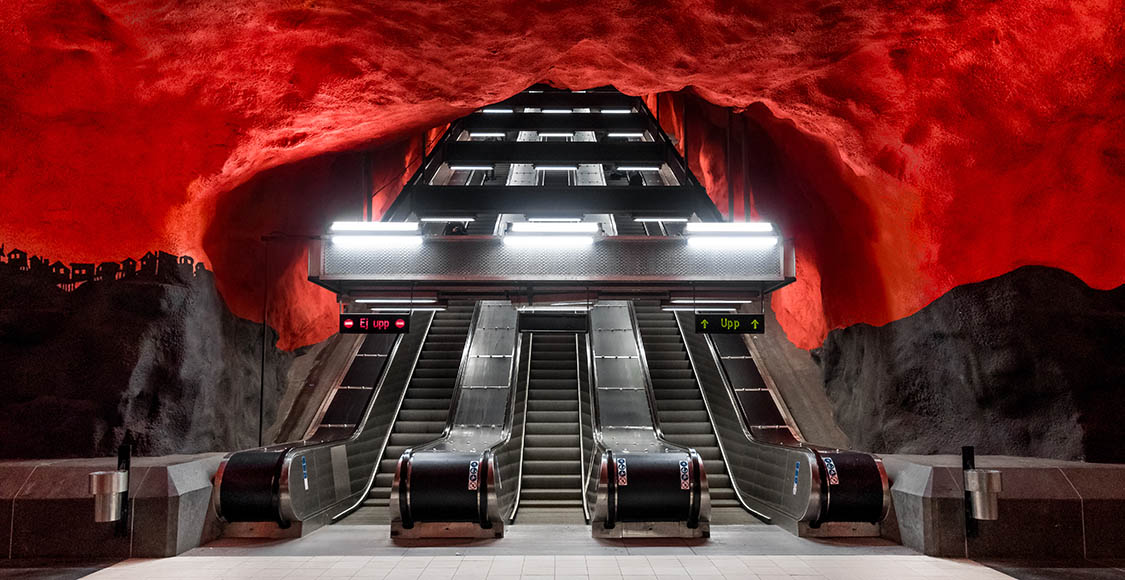 The Move to the City

2.
A Closed Down Gas Station

7.
The Man with the Violin

The King of the Station

The Father and the Factory Owner

The Train of Poison

The Fisherman and the Fish 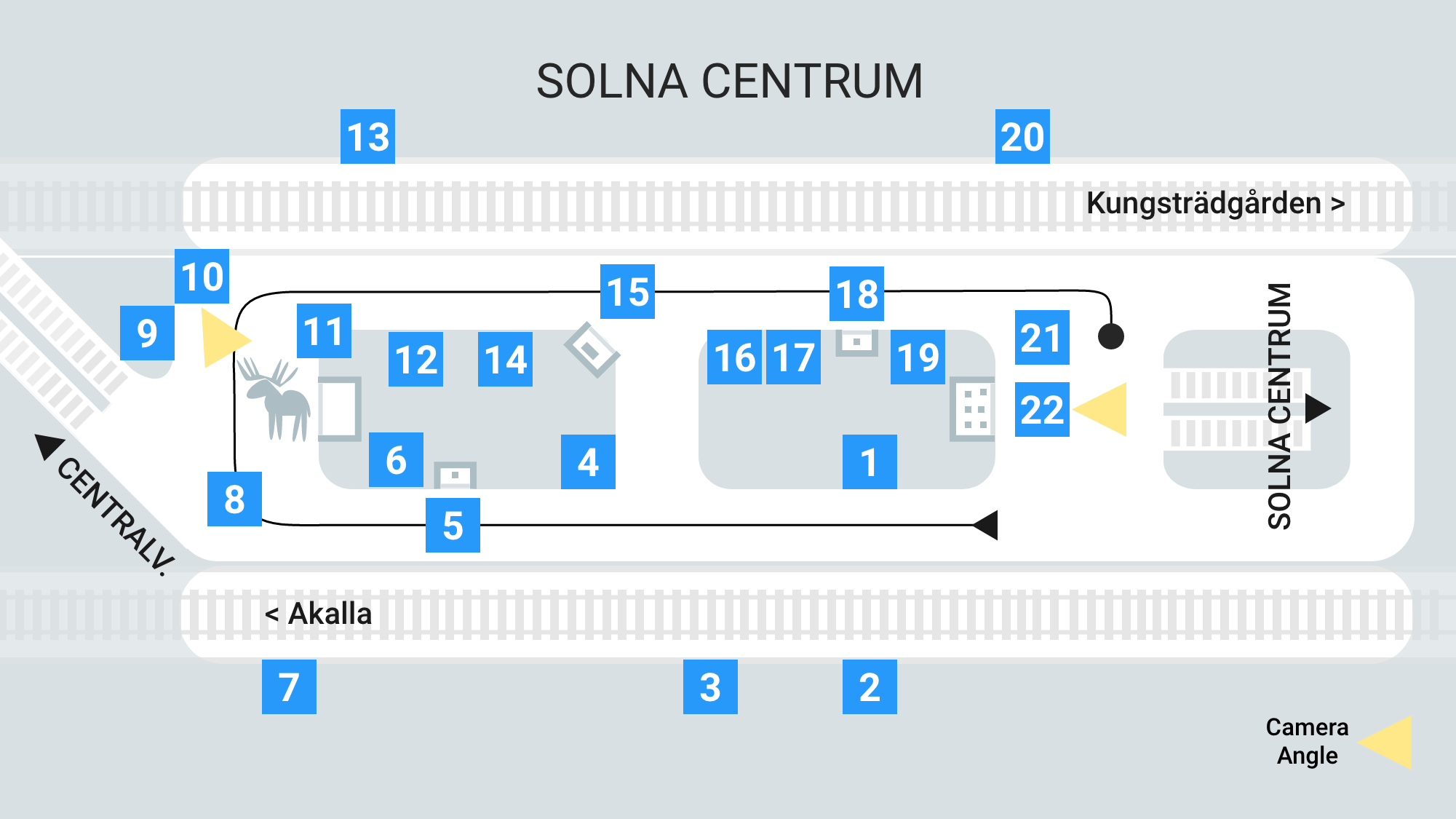